You get the same TurboCASH 5 on Mac, Windows, Linux or Chrome OS using Codeweavers
We are committed to supporting TurboCASH 5 on all these platforms as well as on major cloud platforms. By using one compile accross all plaforms we are able to vastly decrease production costs of TurboCASH. This enables us to brings you a powerful accounting system at a fraction of the cost of native systems.
Download Free Codeweavers Trial now.
https://www.codeweavers.com/compatibility/crossover/turbocash-5
I started computing nearly 40 years ago on an Apple 2e. It was there I learned to code Pascal (Apple Pascal), which is still the language I use today (Delphi Pascal). In that time Windows has dominated. There is no space here to explain just how much that domination held back the world, however as an accounting software vendors it is not our place to fight the battles of operating systems.
accounting software, free accounting software, opensource accounting

Accounting systems are very important to the successful development of any business. 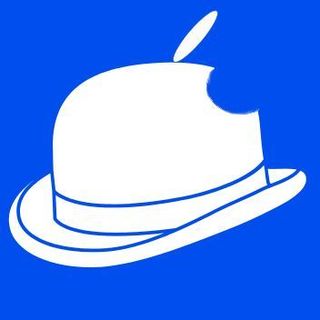 We have over 120 000 TurboCASH users on Windows. TurboCASH is a complex program that  has nearly 1 Million lines of Pascal Code and carries complex business rules that enable you to run a business from small to very large without changing your software. The value of TurboCASH goes way past operating systems. I want you to use TurboCASH, no matter what your operating system and I don't want you to suffer prejudice because you are an Apple user.

A few years back I met a developer, James Ramey of Codeweavers who took on as his passion to create a Windows Bottle for Apple and Linux users that would allow them to run Windows programs on Mac an Linux. James did this years before the Cloud and Docker and should be admired for his vision.  Users should be able to run on as many platforms as possible without changing codebase. . Products like bottles TurboCASH are also ideally suited to be ported to the cloud.

Apple users use the same code as PC users and Linux Users. They can share data between themselves.

TurboCASH runs with  Codeweavers and makes our Windows architecture transparent to you.

You can purchase Codeweavers for $29 from www.codeweavers.com.

It gets better - you can download a 14 day free trial from Codeweavers and try TurboCASH Business Class free on Apple for 14 days.
If you do make this $29 purchase, we extend your TurboCASH Subscription to 18 months, so the cost to you is zero.

TurboCASH Business Class is sold as an annual subscription and it is our mission to take advantage of the proprietary software available to augment TurboCASH and to make your purchase way worthwhile. So during the year I will keep sending you updates and improvements.

We trust that you will be able to significantly grow your business and TurboCASH will scale with you.